Outsourcing Ruby software development to Ukraine is a smart move, for a number of reasons. You get to work with developers who understand what you are trying to achieve, they work hard, are cost-effective, and are great communicators.

Ruby, also known as Ruby on Rails (RoR) is one of the most popular computer coding languages in the world. Millions of developers around the world use it to create software. Ruby software development is especially popular in Ukraine, and numerous companies, such as LaSoft offer this service to clients around the world.

What is Ruby on Rails?

Ruby on Rails is an open-source server-side framework, written in Ruby under the MIT License. RoR started life within the project management software, Basecamp (37Signals at the time). Basecamp Co-founder & CTO, David Heinemeier Hansson, created and launched the initial version of this framework open-source, once he extracted it from the Basecamp code-base.

Ruby on Rails was launched in 2004, and since then over 5,000 developers have committed and contributed to the code-base, and RoR benefits from a large, supportive, and active online community. There are also numerous international conferences throughout the year, around the world and across Central & Eastern Europe, such as RubyConf, RailsConf, Ruby on Ales, Bath Ruby and Ruby Girls.

Numerous popular and well-known software products have been developed using RoR, including Shopify, Airbnb, Square, Hulu, Zendesk, SoundCloud, and many others. Countless more websites and applications are built using RoR, either in part, or as a significant part of the overall structure of an application or software product. 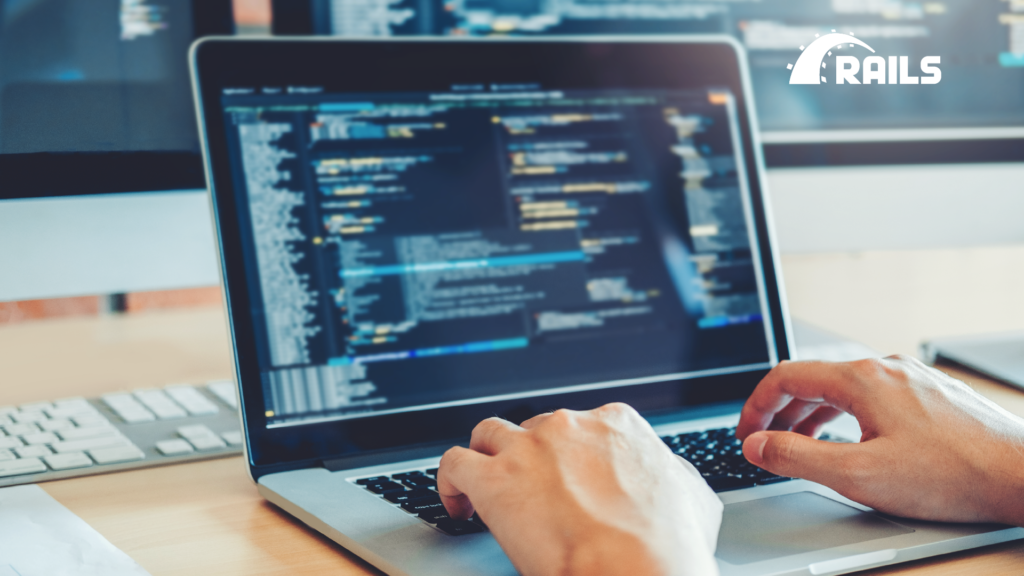 For developers, Ruby on Rails is considered easier and better to use than other coding languages. It has been popularising the concept of Convention over Configuration, and numerous other ideas for many years, and sets itself apart from other languages in The Rails Doctrine, which is worth reading for developers new to RoR. Now we take a look at why companies should outsource Ruby on Rails development to Ukraine, and the advantages of RoR development.

Why outsource Ruby on Rails development to Ukraine?

Having software, websites and applications (apps) developed in Ukraine provides an advantage for companies in a number of ways. When it comes to development in Ruby on Rails (RoR), Ukraine is a country with thousands of engineers, skilled and experienced in developing in RoR, and working on projects for clients in the US, Europe, UK and around the world.

There are around 160,000 software developers in Ukraine, with 15,000 more graduating every academic year. Within this talent pool, there are at least 15,000 who specialise in Ruby on Rails and make that their main engineering language, with around 4,000 senior developers. The majority are working for dedicated software companies in the major Ukrainian cities, such as Kyiv, Lviv, and Kharkiv, such as LaSoft, which is based in Lviv.

Due to the positive and supportive community nature of Ruby, there are conferences that happen in Ukraine every year. A number of key figures in the community and outsourcing companies support these conferences.

Popular conferences that happen throughout the year include Ruby Conference Kyiv, RubyShift, and RubyC. Not only does it help junior developers improve their skills and meet mentors, it helps knowledge to flow through the community, which ultimately benefits clients of dedicated Ruby software development companies, such as LaSoft. 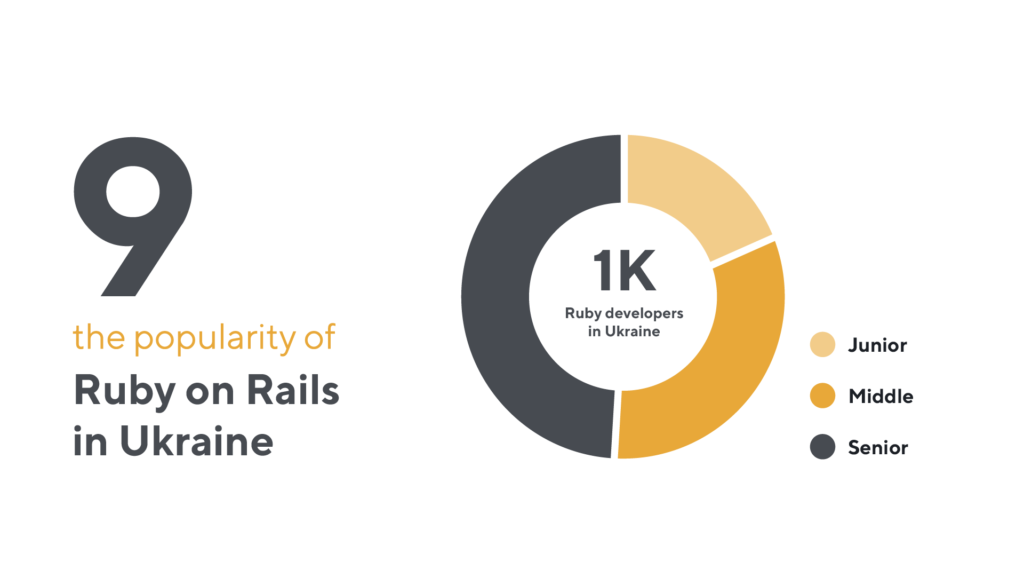 How to identify a top Ruby software development agency in Ukraine?

When it comes to developing in Ruby, either an application or website has already been created in that language and needs overhauling. Or if this is a brand new project, the specifications and requirements strongly indicate this is the best coding language to develop it in. Either an internal tech team can decide that, or when you work with a dedicated outsourced partner they will be able to determine the need to use Ruby on Rails.

In terms of identifying a suitable leading Ukrainian development partner, such as LaSoft, there are a few things to look out for. Such as: 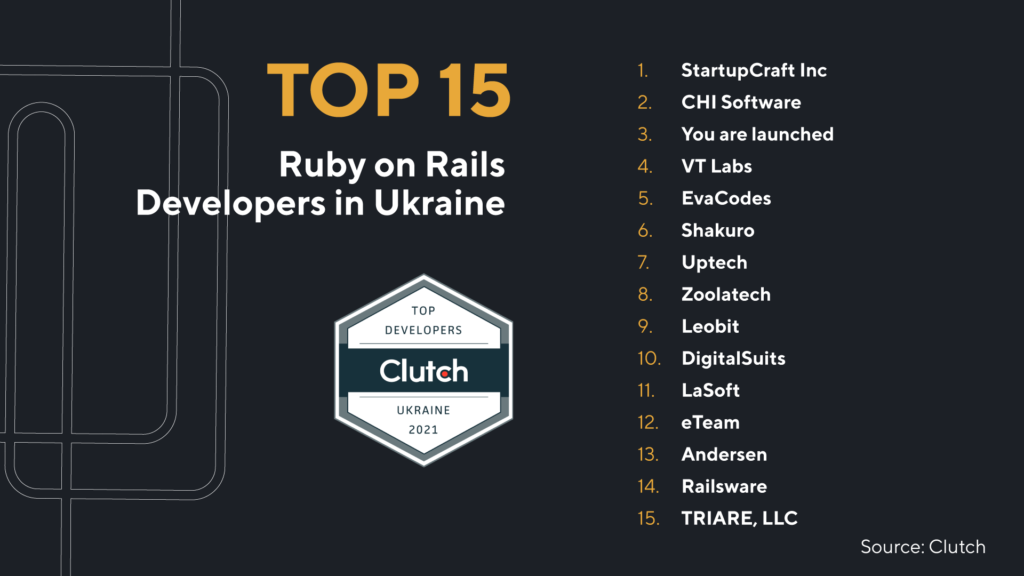 LaSoft is proud to offer dedicated outsourced services, and this includes ensuring we can provide you with skilled Ruby on Rails development services. Our engineers have the Ruby skills and experience that your project needs, and this will make a big difference to the outcome of any software development project. 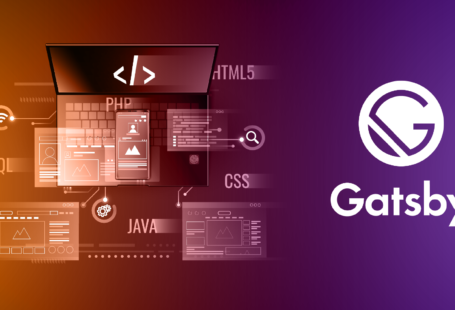 Benefits of Gatsby JS: Compared to Other Frameworks 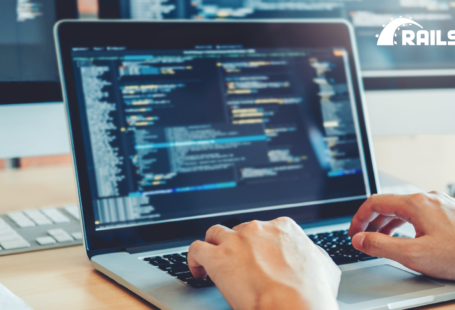