Python is another widely popular computer coding language, and one that LaSoft has experience in, as one of the best Python providers from Ukraine for outsourced software projects.

Working with developers in Ukraine, especially if they’re a dedicated team, is the most effective outsourcing model you can use for software development. Engineers in Ukraine are hard working, good at communicating, understand business needs, focus on the client, and are cost-effective.

Python is one of the world’s leading software development, also known as computer coding languages in the world. It was first created and launched 30 years ago, originally designed to replace older, now almost obsolete languages, known as the ABC programming language.

Python is known as a high-level, general purpose programming language, which uses an object-orientated approach. Due to the many years it has been around and the changes in technology since then, it has evolved to the point whereby there are several versions, such as Python 2 and now Python 3. It is supported by the Python Software Foundation. 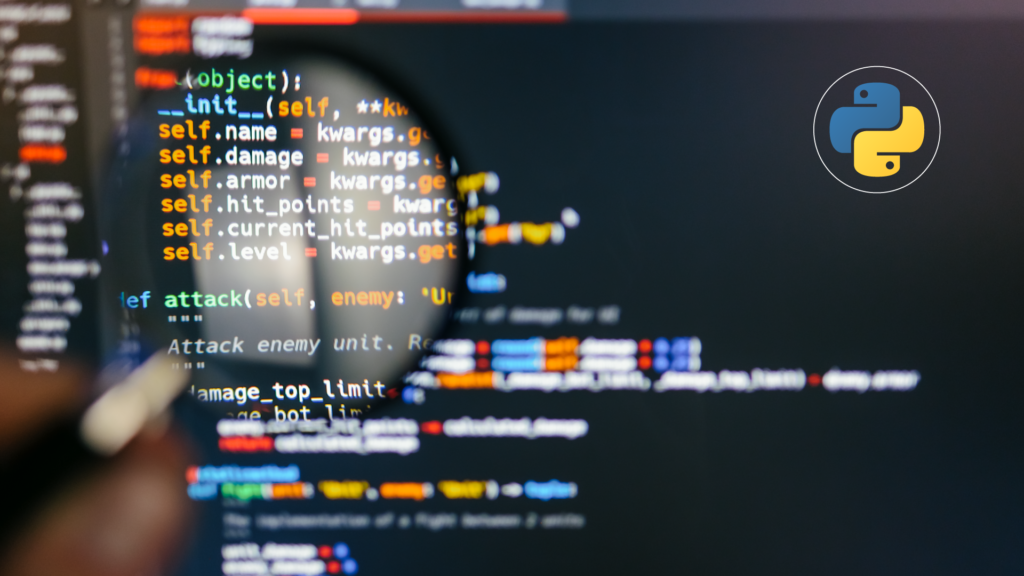 Why outsource Python development to Ukraine?

Ukraine is one of the best countries to find software engineers who specialise in Python. It’s one of the top 5 most in-demand programming skills in Ukraine, and according to LinkedIn data, there are at least 22,000 developers with Python skills in the country.

Now this isn’t to say that’s the only language or set of skills they have. Many will know multiple languages and will be familiar with numerous aspects of speciality and popular technology tools. Thankfully, and we can definitely say this is the case at LaSoft; those with Python knowledge are also fully equipped with skills in multiple frameworks, libraries, and other languages too.

Python developers can work with APIs, develop and work with frameworks, and apply years of experience to every project they are tasked to work on. Python, as one of the world’s most widely-used coding languages is taught at school in Ukraine. Children are asked to solve puzzles in Python. This way, future developers are exposed to some of the basic concepts early on.

It’s also helpful that Python is included in many first year curriculums at universities where students are focusing on engineering, software and other related IT subjects.

Developers who are competent using Python are part of a talent pool of 160,000 in Ukraine. A further 15,000 graduate every year, adding to the countries impressive and forward-thinking software engineering talent pool. This is an advantage for outsourcing clients from the US, Europe, UK and further afield, and something we know LaSoft clients benefit from.

Despite the relative age of Python, compared to other newer languages, it often forms an essential and fundamental part of numerous software development projects. Therefore, it’s often vital to have at least one Python developer on the team. Most Python developers in Ukraine are also experienced in the Django and Flask frameworks. For those doing data science work that involves Python, NumPy and SciPy experience is also a major advantage.

Next, we take a look at how companies needing to outsource development work can identify a top Python agency to work with. 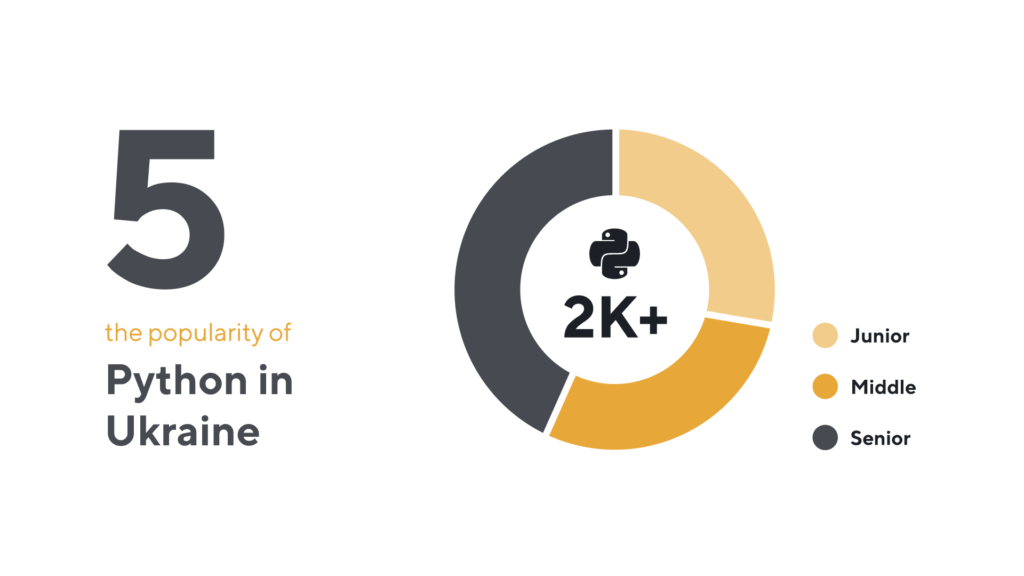 How to identify a top Python software development agency in Ukraine?

Naturally, if Python skills are what you need, the relevant agency needs to actually have those skills on the team. If they advertise and mention the technology, and relevant abilities on the team, then you can be sure they’ve got the depth and breadth of experience your company needs.

It’s also reassuring if a dedicated outsourced provider has won any awards for their skills in that area. We are pleased to say that LaSoft has won an award for Top Python Developers on TopDevelopers. We have also won the following awards so far, and are on track to accumulate others: Top Web Development Firm on GoodFirms, Top B2B Company on Clutch, and a Best Ruby on Rails Agency award on DesignRush.

Awards are always a useful indicator of how clients and industry bodies view a company. But alongside those, you need to be sure of the sort of overall experience a company has.

Has a company worked on similar sized projects, or for others in your sector? Having a look at a portfolio is always a good starting point. Although don’t be disheartened if you can’t always find suitable portfolio examples on a website. You might need to ask for examples as often projects are under NDA, and a dedicated outsource company will always try and get you as many details as they can without breaking client confidentiality.

Crucially, when it comes to outsourcing development work, you need to be sure they offer a broad range of services and solutions. LaSoft can develop mobile applications, a UX/UI design overhaul, web development, or analytics dashboards, in Ruby and a number of other languages. Also, what model does a company work on with clients?

LaSoft offers a project-based approach, and equally popular is our dedicated teams model. Our software teams can become an extension of your own, on a long-term collaborative basis, with extensive experience in Python. 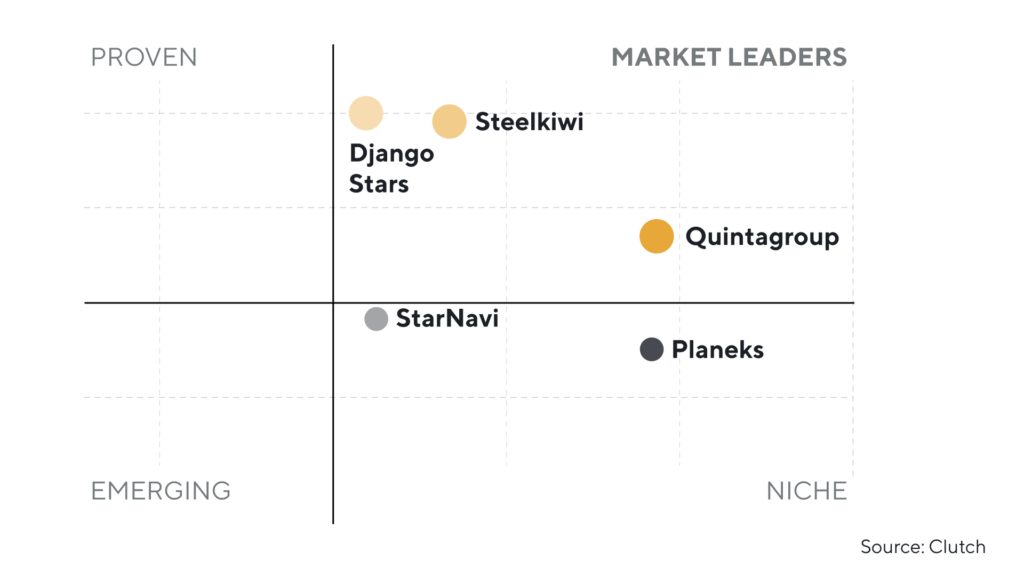 Benefits of Python in software development: 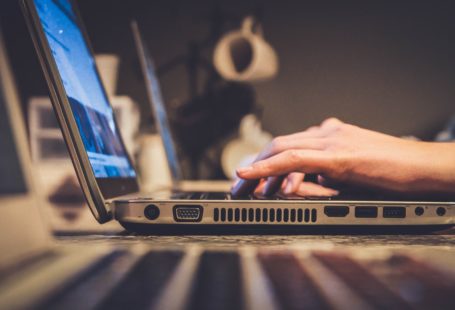 What Is Web Scraping And Why It Is Important? 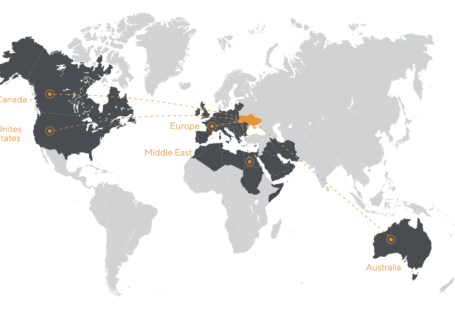 Benefits of outsourcing mobile app and web development into Ukraine