The world is rapidly going mobile, and everybody uses dozens of mobile apps daily. Apps are mushrooming in all segments of business: healthcare, construction, finance, transportation, and logistics, etc. More and more enterprises are leveraging mission-critical mobile apps to improve their operational efficiency, track performance, and drive sales.

And here comes the question: which technology to adopt for development of the future groundbreaking app? The aim of this article is to compare the major pros and cons of the most popular frameworks: Ionic and React Native.

Ionic is an open-source, cross-platform framework for hybrid mobile app development using web technologies (HTML, CSS, and JavaScript). Its original version was released in 2013 by Drifty Co. Ionic was built on top of Apache Cordova and Angular JS. It has a single and reusable code base and a set of pre-developed UI components and functions.

There’s a lid for every pot

It’s not so easy to make the right choice, huh? When deciding upon which framework to choose, you should consider the complexity of your project, the skills of developers, and the nature of the upcoming product.

If you are a short-budget startup, Ionic will be really budget-friendly. If you are an established company and look forward to developing a complex native-feeling product, opt for React Native.

If you focus on the excellent performance and want to cut costs by utilizing the code reusability, then React Native can deliver you these benefits. As well, If you require a really speedy delivery, choose to React Native.

Though, if you need a temporary app for a particular event, an enterprise app, or any app with moderate traffic, consider choosing Ionic.

If you want to implement sophisticated native features, e.g. fingerprint scanner or geolocation, give React Native a shot.

And if you need launching the app as soon as possible, and consider limited mobile features, go with Ionic.

1 comments On Ionic vs. React Native: Let the Battle Begin!

Working with Tableau | How to automate your tasks 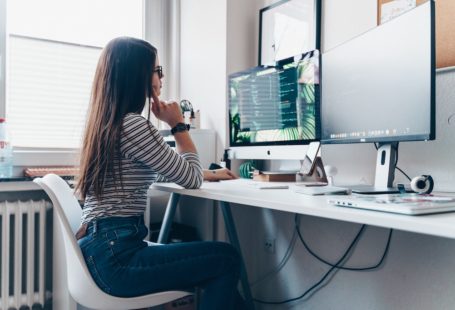